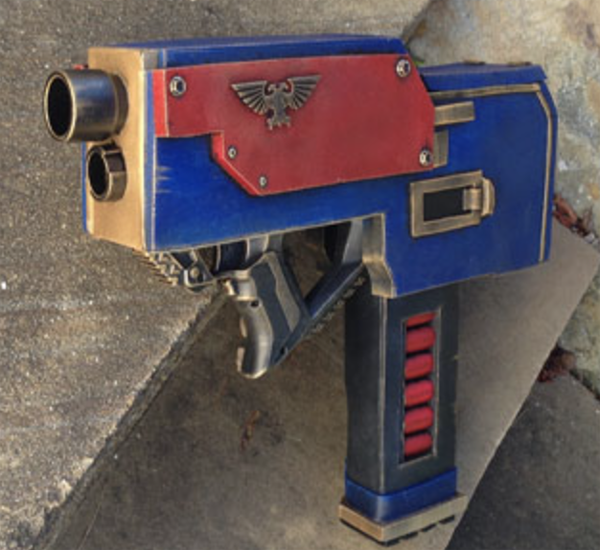 I’m on a Bolt gun inspired kick at the moment. I’m finding the aesthetic really interesting, bulky and sharp edges, it is – in artistic terms – a very masculine design, with not a curve in sight. This latest Bolter prop is inspired by the Warhammer 40K Commissar, a dapper gent in his blue greatcoat with epaulets, red-lined collar and cuffs, along with a blue undershirt with gold roping. You will hopefully see aspects of that here, with the ‘roping’ on the rear and the blue, red and gold accents.

I realized I was neglecting those people who follow my adventures because they’re Nerf fans, so this build is for them. This is a working Nerf Rayven modded into the Bolter. The Nerf Rayven is a bullpup design (where the action is located to the rear of the trigger, as opposed to in front) and this just added to the look of this. I haven’t seen a bullpup Bolter prop anywhere, so was pretty pleased with how this turned out. 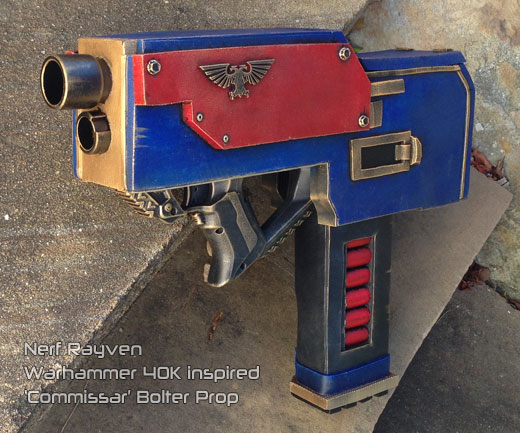 You can see I also modded an existing Nerf Rayven clip into a chunky badass. Added in some sweet chunky fake rounds and boom! This definitely added to the mod overall, leaving it in its original form would have destroyed the overall look. 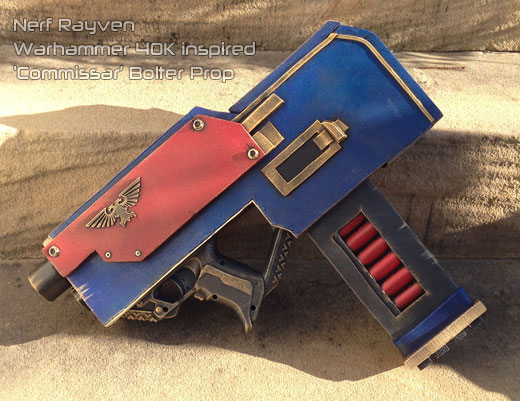 You can see I used gold dry brushing to bring out the detail in the grip, barrels, edging etc. I added a ‘fake’ upper barrel to give it the dual barrel look of the 40K Bolter. 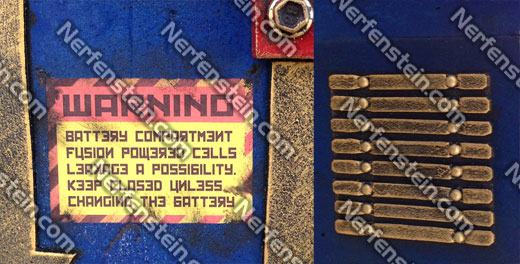 Yeah so.. you get the idea. I LOATHE deep watermarking my decals, but thanks to a few douchebags who have been stealing them and using them.. well. You might think.. ‘it’s just a decal’, so I’ll let you know it’s over 2 hours of work, JUST for the decal. Researching antique Russian signs, nuclear and military signage in Russia, working out the color so it ties in with the overall design, finding appropriate fonts, then hitting photoshop to bring it all together. It’s work and yes I am that pedantic about my props that I’d spend over two hours on just the decal lol. 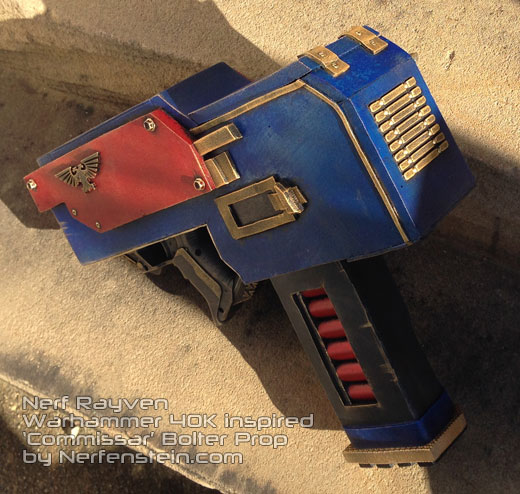 There’s the rear of the Warhammer 40K inspired Commissar Bolter, based on that fancying gold roping (it probably has a name, I know not what it is, so feel free to enlighten me lol). 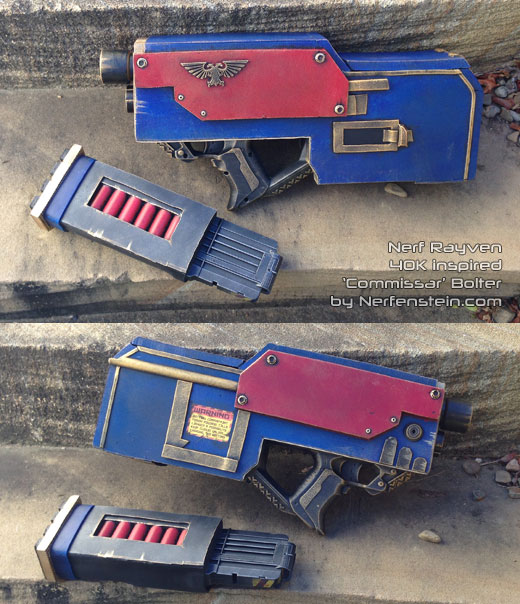 The gun still fires as it did pre-mod, there is access to the jam door in top and access to the battery compartment on the side. It’s fairly heavy, but not so much that it would hinder you at a con.

Want this one or one like it, email me (Nerfenstein@mac.com), semi-deep pockets only please as there’s a lot of hours in this badboy.

Oh and here’s a group shot for prosperity: 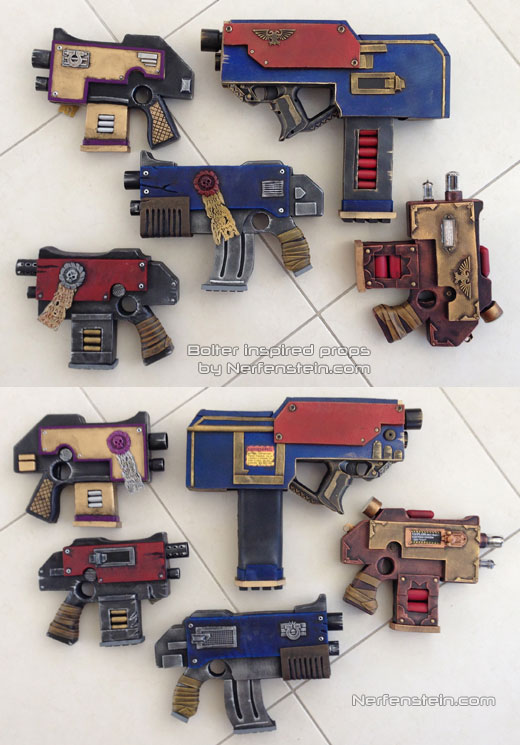