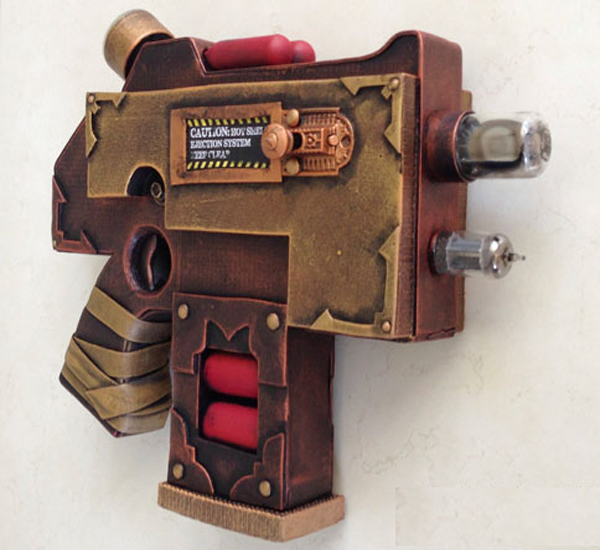 Steampunk Warhammer 40K, had to make it happen

Just a quick update this week, with another Warhammer 40K inspired Bolter pistol. Decided to hit this one with some steampunk love, something I haven’t seen anywhere else, but the idea tickled me so here it is. I added in some valves in place of a barrel exit so I guess you could call this a Warhammer 40K Steampunk Tesla in a way. Also added in a sweet gauge to the rear and an antique look ejection port with sliding mechanism. Though the Tesla Bolter pistol doesn’t use rounds per se, I included an ejection port and attribute it to cell ejection when the electric cells are spent. 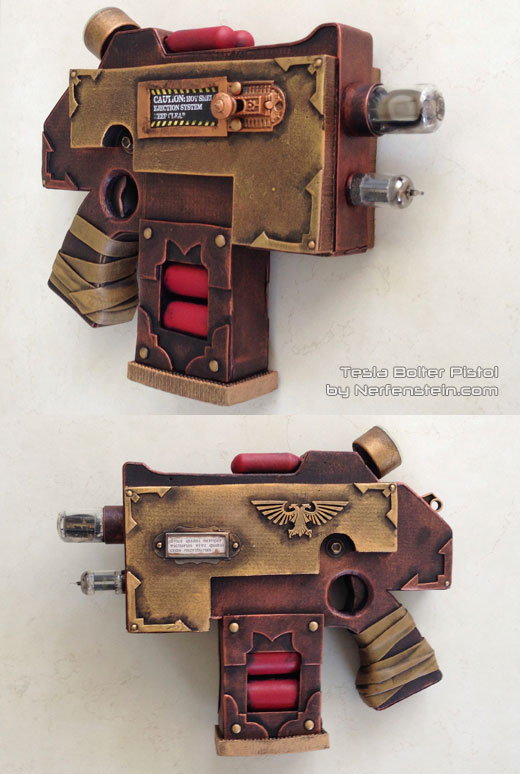 The text in the antique style metal surround reads “disce quasi semper victurus vive quasi cras moriturus”, which roughly translated means “Learn as if you were to live forever; live as if you were to die tomorrow”, thought that seemed apt for a high powered Warhammer 40K Bolter Tesla that discharges a huge burst of energy into its victim. 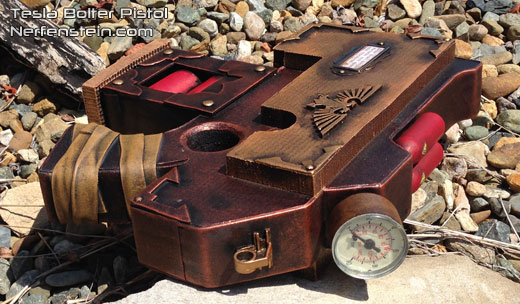 That’s it folks, I’ve got another Bolter coming up, but it’s a Nerf mod… ooooooh.