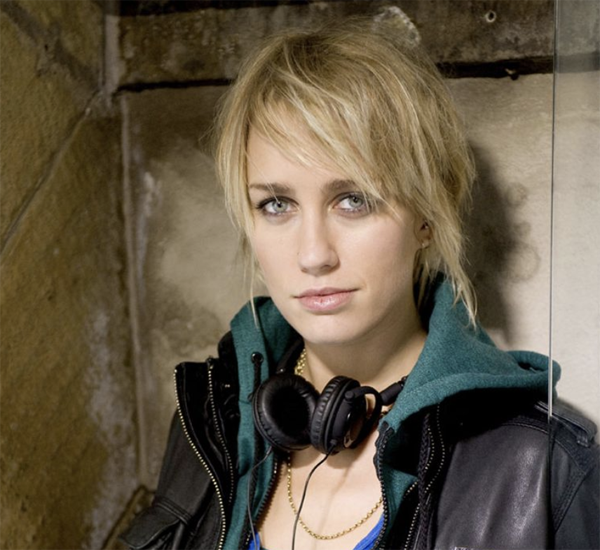 Frankie Alan in Lip Service and some episode thoughts

This post discusses Lip Service up to and including episode 4 of the 6 part series. UK drama Lip Service is now 4 episodes in and things seem to be going as I expected, at least at this time. Butch (as in Hollywood glam butch) character Frankie Alan slept with her male friend, which is fine, it was alluded to she was bi ONCE I think in the first episode, then she was referred to as a lesbian every time after that. It’s safe to say the first verbalization was the correct one given her latest conquest (ugh and he’s not even nice, he’s totally sleazy, really Frankie).

Bisexual Frankie is having a bit of a rough time, but it seems she has a habit of making things worse for herself. The character isn’t really likable, though the Lip Service twitter person assured @LesbianGeek that “she gets there” when @LesbianGeek stated: “Lip Service, you are VERY good, but Frankie really needs to be more likable. #LipService”.

I think Frankie isn’t any more likable, but I feel more empathy for her 4 episodes in so I guess that’s something. All the characters in the show are great, but as I mentioned in my previous post there is one thing that can irrevocably damage a “lesbian series” and that is having the lesbians sleep with men. Frankie Alan gets away with it because despite being the stereotypical dyke to the mass populace gaze, it was mentioned she was bi, Tess on the other hand has always stated she’s a lesbian, so if she ends up in bed with Cat’s brother… that is unforgivable. Here’s hoping the ‘Tasha’ character that lives across the way gets to give Cat’s brother a shove for his whiny / slightly creepy ways.

Ruta Gedmintas in The Borgias

As far as shows I am REALLY looking forward to next year, The Borgias is up there with Game of Thrones for me. Ruta Gedmintas who plays Frankie in Lip Service plays Ursula Bonadeo in The Borgias. You can check out a trailer below. Ruta does not appear, so I added some Frankie love just to even things out. Now fingers crossed Lip Service (like Mistresses) get’s a second season.

Duh and let’s not forget Ruta also appeared in The Tudors (also by Showtime) and she was great in that as well.

This post originally appeared at GirlyGamer.com.au and it was flung through a Stargate or wormhole to Tumblr and Posterous. If you’re reading it there and wish to comment (and why wouldn’t you?!), head to GirlyGamer.com.au as they’re the only comments I read and respond to. Thanks! xx