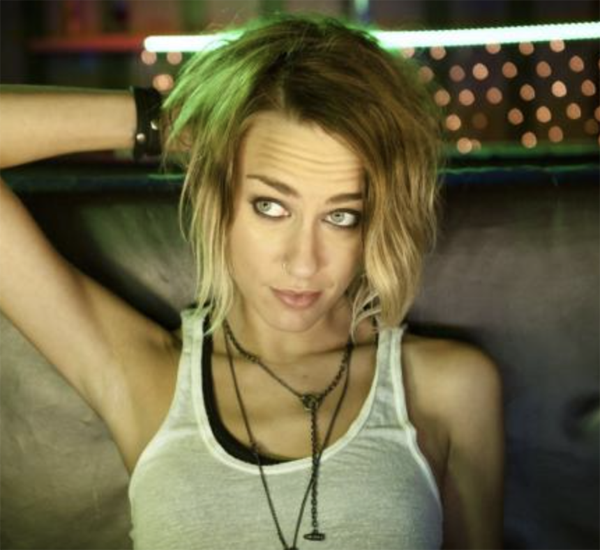 Lip Service is a new 6 part series on BBC Three, starring Laura Fraser, Ruta Gedmintas and Fiona Button. The show is being touted as a “UK L Word” because it revolves around the lives and loves of a group of “lesbians”, that’s in inverted commas since on viewing the first episode, one has to wonder whether a couple of the “lesbians” are actually bisexual and not lesbians at all.

The upshot of episode one is this. Butch – as in Hollywood’s interpretation of butch – “lesbian” Frankie returns to Glasgow after her aunt leaves her a message and subsequently dies. In Glasgow is Frankie’s ex girlfriend Cat (played by the adorable Laura Fraser) who is clearly still harboring feelings for Frankie, the woman who seduced her away from her last relationship, then left her … ouch! Cat is trying to get back into dating after Frankie left for NYC without so much as a bye (2 years previous), so Frankie returning out of the blue, throws her somewhat. As well as these two, there’s also the supporting characters, the most adorable of which is Alice… sorry… Tess! She’s the dorky character who Cat’s brother has a crush on…. oh please don’t EVER let that come to anything… she’s a lesbian! There’s also Sam, the new policewoman in Cat’s life, well almost in her life until Frankie shows up to try and ruin things. Oh the angst!!!!

Actually it kind of is. The production value is there, the cast is hot / cute. There’s relationship angst (cue Tibette’s on again off again true love!), there’s Shane’s player ways getting her into trouble (let’s face it, Frankie is essentially the Shane character, she even does the Shane arms above head thing when she’s stressed). There’s the quirky Alice type character in the form of Tess and there’s the male supporting characters ho don’t really serve much purpose. Maybe BBC Three was too afraid to cast almost all women like they did in The L Word?

How it Could go wrong….

You know how it goes, lesbians on TV and in movies love sexual encounters with men. So far in Lip Service we’ve seen Frankie, the gayest of the gay mention something that alluded to sleeping with men if there are no women available? At least I think that’s what she meant. So Frankie isn’t a lesbian then, she’s bisexual… bi meaning two.. boys or girls. Hollywood love doing this and it seems the entertainment industry overall… there’s also the over obvious crush of Cat’s brother on Tess, who has stated a multitude of times she’s a lesbian, but given this is TV, we can’t count out the idea that something will happen between the pair… ugh.

Despite seeming to play into these silly roles “lesbians” find themselves in on TV shows aimed at the masses, the first episode of Lip Service was really good. Laura Fraser is cute as almost the only Scottish sounding character in this show based in Glasgow, Scotland. Ruta Gedmintas is very Shane like as Frankie, the self destructive dyke still in love with her ex (well as in love as you can be when you’re constantly at it with anything that moves). Fiona Button is dorky / adorable as Tess, the Alice type character who finds herself bumbling into amusing situations.

Here’s hoping the next 5 episodes are good! Who else is watching?

If you’re seeing this on tumblr, I never check in there so please leave any comments at my main site GirlyGamer.com.au