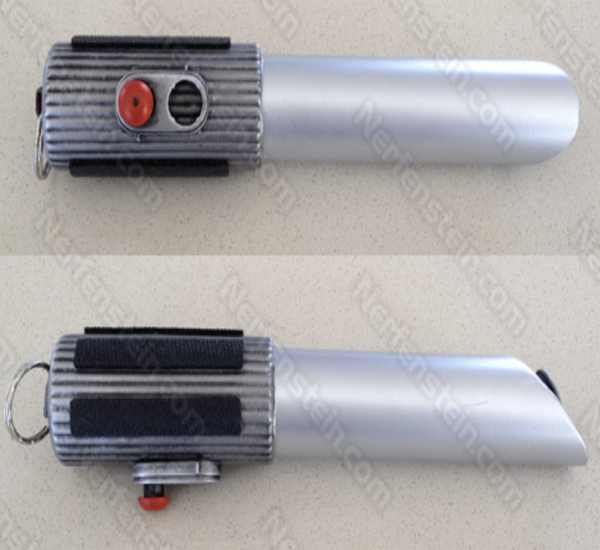 Remember that Nerfsaber I made a while ago? I’ve one-upped it with a fully functioning version, the Nerfsaber V2. The idea of a working Nerf Lightsaber was irresistible, but you know I don’t usually dabble in internal Nerf mods, I like to alter the outside and leave the insides to the Nerf Surgeon’s out there (I should copyright that before someone steals it!).

Anyway jumping in with both feet – midi-chlorians in hand – I decided to dissect a Nerf Nite Finder and try and rejig the internals so it would fire as a tube. Given I’ve got zero knowledge of such things this was trial and error. My first attempt was rubbish because I had no sled to mount the trigger attachment to. Given the tubey nature of the build I had to make a sled from scratch because using the catchment inside the body of the Nerf Nite Finder was never going to work. 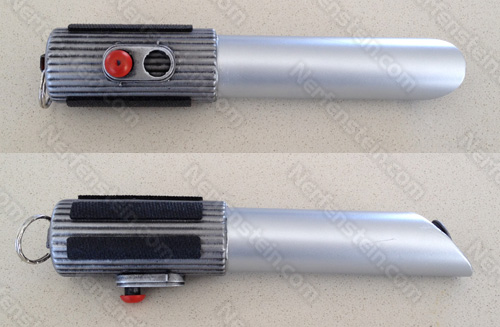 Wood was my weapon of choice, I fashioned a sled out of a huge dowel with a chisel and dremel, this slid into the Nerfsaber grip and the trigger attachment slid into the the cut out made for it. I also used bondo to smooth out the wood, so it slid easily when the trigger was pressed. I also changed out the trigger spring for a slightly heavier gauge spring, as the Nite Finder spring was a bit wimpy. A ‘trigger’ button was attached to the opposing side after it was assembled, this simply screwed into the trigger slide, through a hole in the grip. 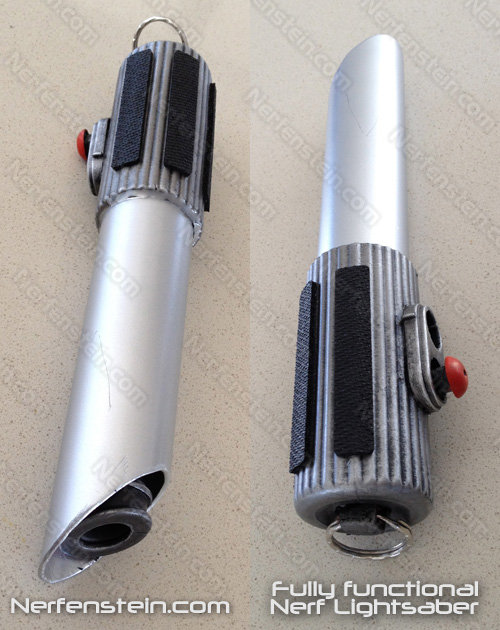 And that’s it, working Nerf Lightsaber. One shot, which is what the Nite Finder fires anyway. You can leave it loaded on your waist with the metal ring on the primer (used to prime it). Having the Nerf Lightsaber in a Nerf war dangling from your waist on a quick release is great for throwing off opponents.

Hope you liked it folks.. till next time!

PS If I get time I’ll make a video showing it working and add it here.

One thought on “Functioning Nerf Lightsaber the Nerfsaber V2”