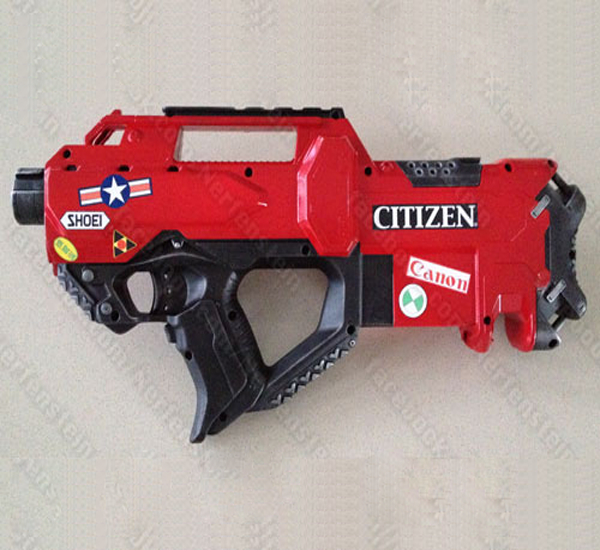 Ahhh the Nerf Rayven, finally available to all. I am a bit of a geek, so with that in mind this Akira themed gun shouldn’t really be a huge surprise. I’ve got a few anime inspired gun mods in mind, but this is the first, Kaneda’s motorcycle as a Nerf gun… why the heck not!

Kaneda’s motorbike in the movie “Akira” became truly iconic, it became model kits, action figures and even a real life version from memory. The gloss red main frame, spattered with sponsor logos and other artwork just seemed to stick in the mind. Here’s my homage. 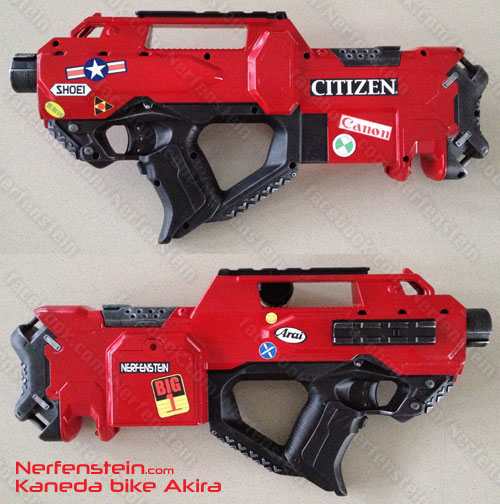 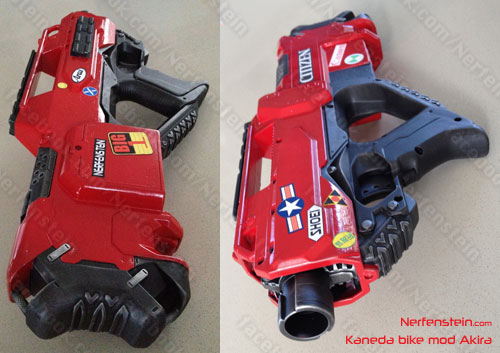