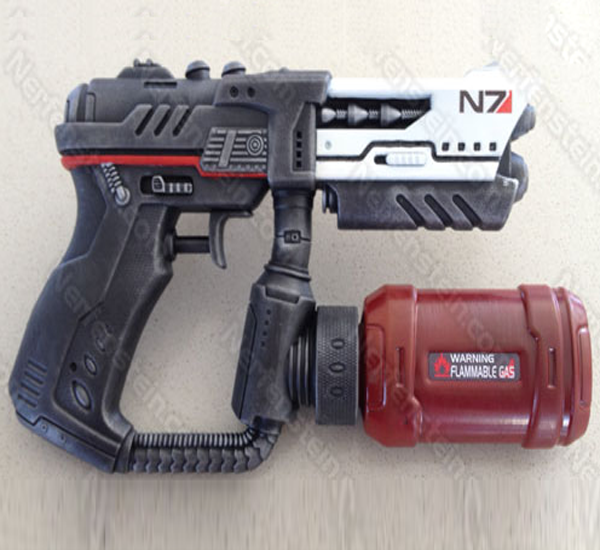 Quick update, I bring you the Mass Effect N7 flamethrower pistol. This has been sitting in my work area for months, staring up at me, like Tiger Woods in a strip joint “Do me Do me” and I had nothing. Then it became another “Prometheus” homage prop, with the idea of going Weyland Yutani .. well Weyland flamethrowing pistol. I forgot I’d had that idea, until after I’d done the red detailing, and it looks more like it belonged in the Mass Effect universe (yes another one). Given today is the day the Mass Effect 3 demo goes live, I figured this was good timing to post this up.

No idea what this gun model is, as I never had the packaging, I did notice however – and rather strangely – that there was ‘Lanard’ written on it as I was sanding it. No idea if it is an actual Lanard make like the Shell Shock.. but I guess that would be the case or why have Lanard on it.