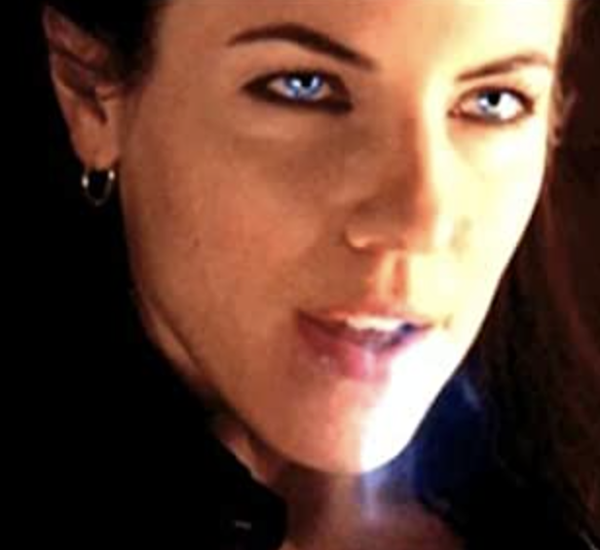 I love it when I discover a show almost accidentally and it turns out to be pretty cool. Lost Girl is a new show from Show Case (Canada) that delves into the world of the fae, supernatural creatures that predate humans, but now live among us (don’t they always?).

Lost Girl stars Anna Silk as Bo, a supernatural seductress (Succubus <- since when were they fae) who feeds on the sexual energy of mortals. Teaming up with Bo is Kenzi, her goth / emo sidekick, who is markedly non surprised to learn of Bo’s heritage and that other ‘fae’ creatures exist, a point that seems a little silly, given her non reaction to the fact demonic looking creatures exist. Though this particular point came across as sloppy, Lost Girl overall was fairly snappy script wise, cool characters and a sort of Buffyverse feel, though it’s not as good as Buffy (what is?), I use that as more of a comparative thing. Now let’s take a look at a few of the main characters.

Bo “Lost Girl”
Bo is the female lead and the pilot sets up her background and clearly shows the direction the character will take. Bo is played by Anna Silk who appeared in one of my favorite TV series “Being Erica” as well as bit parts in a multitude of other TV series.

Dyson “Handsome Detective and friend to Lost Girl”
You can see just from the pilot they’re setting up this guy to be the romantic lead that probably never happens. What makes Dyson interesting is that he’s a wolf based fae, so you have the whole werewolf thing going on. Dyson is played by Kris Holden-Ried who appeared as Lord Compton in The Tudors (and looks decidedly like singer Chris Martin in Lost Girl).

Kenzi “Bo’s Sidekick”
Kenzi is the younger goth / emo styled sidekick (at least in the pilot). She’s a bit of a grifter with an eye for making money, but you know this character is the villain with the heart of gold. She’s going to be the fiercely loyal best mate character, it’s a cute coupling. Kenzi is played by Ksenia Solo (recently seen as Natasha in Life Unexpected).

The Morrigan “leader of the dark fae”
I’m only mentioning this character for my wee Twitter pal @FanBoyTristan because he – like me – appreciates the talents of the actress behind her. The Morrigan is played by beautiful Canadian actress Emmanuelle Vaugier. I kind of get the feeling she won’t be a series regular and according to the imdb she’s only in the pilot, which sucks. I wouldn’t be surprised if she didn’t reappear given the importance of her role.

Definitely worth checking this show out. Lost Girl slots neatly into the cheesy supernatural detective genre, something akin to Blood Ties for example.

For the gay girl geeks there’s also a bit of girl on girl flirting and of course the two leads are women, which makes a sweet change.