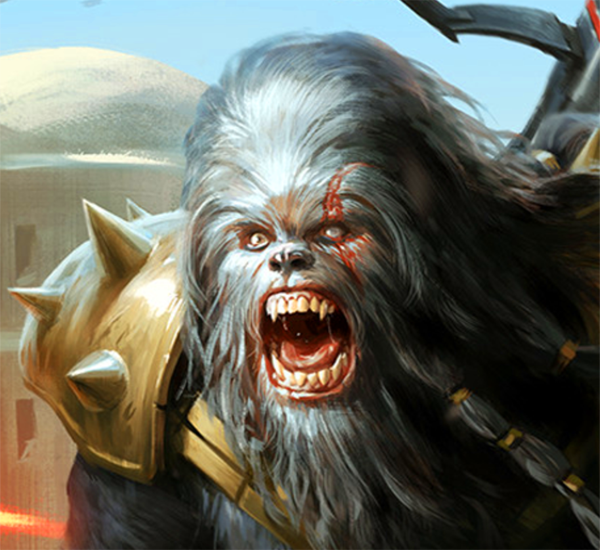 Hi friends! Back with a wee art / toy mod commission today. A Tarful toy figure (ok ok collectible figure) I’m turning into Black Krrsantan, or as close as we can get. Tarful is a character in the Star Wars universe. He’s a wookie, but I’m assuming you already worked that out.

Hopefully this video is easy to follow and will act as a tutorial should you want to do your own Tarful to Black Krrsantan repaint / mod. This too roughly seven or so hours, but I’ve condensed it into just 13 minutes!

Black Krrsantan, also known as “Santy”, was a male Wookiee bounty hunter during the Galactic Civil War. He was a regular bounty hunter for the crime lord Jabba the Hutt and was hired by Darth Vader to track down and capture an agent of the Emperor.

Black Krrsantan repaint tutorial by Nerfenstein, hope you find it of use. Do good things!
Nerfenstein out!