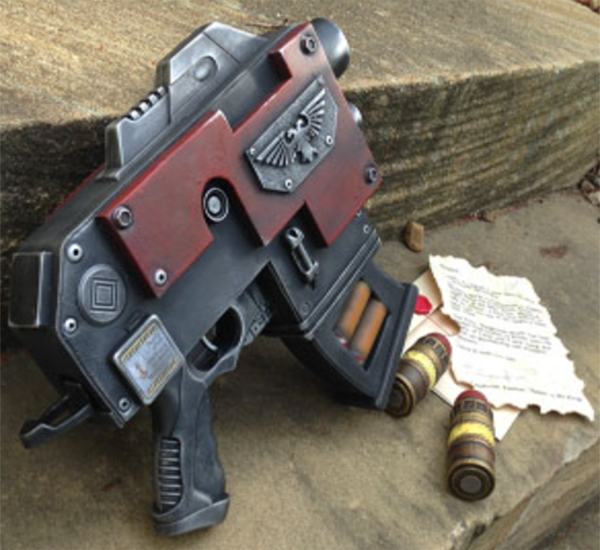 My heart went into this Warhammer build

I do a lot of commission pieces, art pieces, display pieces, Nerf modifications and 3D printed props. Every now and again I get an extra special one, where the person I’m dealing with is extra wonderful. The project is therefore extra special and quite literally it is a dream commission, this was one such event.

I was contacted by a lovely lady named Stacey who wanted to commission a Bolter Nerf mod for her nephews birthday. Messages went back and forth, things were decided and this modification started life. The Nerf basis is a Nite-Finder. I chose the Nerf Nite-Finder mainly because it meant the overall 40K Bolter could be slightly larger than if a Firestrike had been used, as with the ‘Mash Effect’ Warhammer 40k and Nerf Firestrike mashup I posted to Facebook some time ago. I wanted this birthday Bolter to be badass! 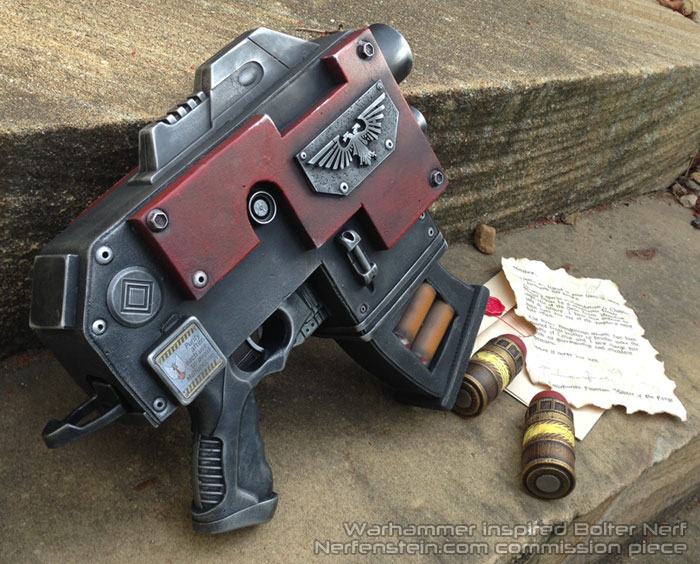 As well as the ordered prop, I wanted to add a little extra thing and came up with the idea of an accompanying letter, in the style of Warhammer 40K. Now, I am a beginner when it comes to the 40K universe, I paint some figures, read the art books and that’s about all I have time for. I decided to contact someone I knew was a Warhammer 40K adept, a lovely guy named Mark I had intermet on a previous 40K prop build. I explained the situation and he swiftly came up with some fantastic wording for me that walked all over all of the attempts I had written up. 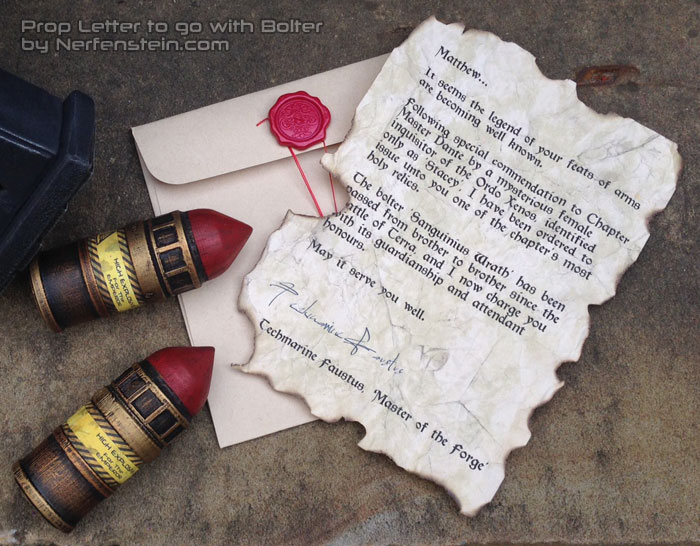 For those wondering about the Bolt gun rounds, I actually made them for the aforementioned Mark and hadn’t had time to post them, so I opened it up and decided to use them as props in the photos, they were 3D printed and then finished by me. 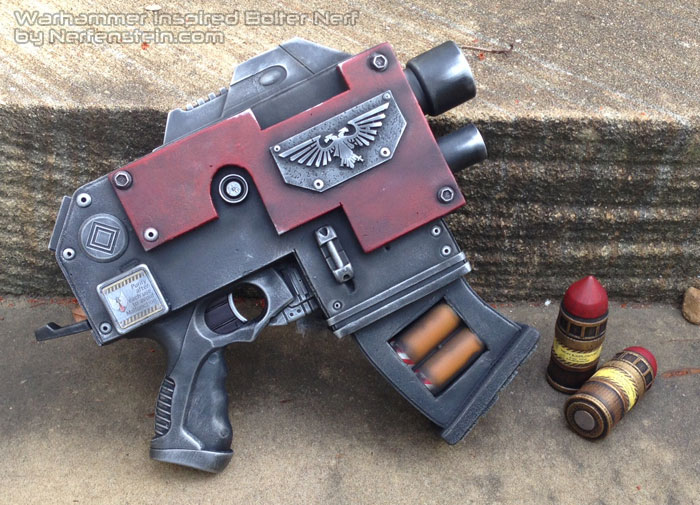 Once the 40K Bolter was all finished and detailed (I had some issue as my airbrush broke so the fine detailing I would usually do with it, had to be done by hand, which took ages), I wrapped it in birthday wrap and sent it straight to the recipient. I had left the purity seal blank, so he could fill in his own wording, dependent on his chapter and other gaming history. 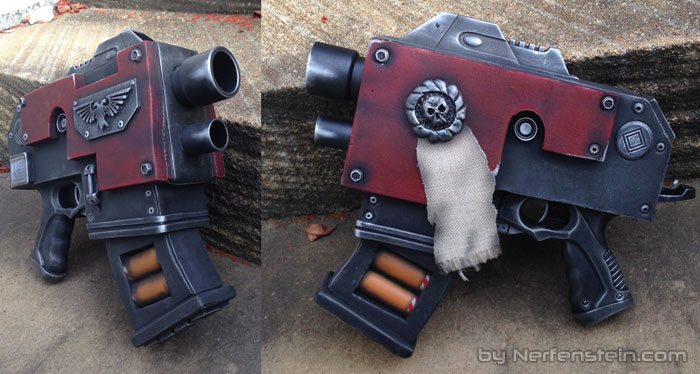 And that is that, a build that was appreciated by the commissioner for all the many hours that went into it. Many thanks to Stacey and her nephew (who I am told loves the prop) for making that happen.