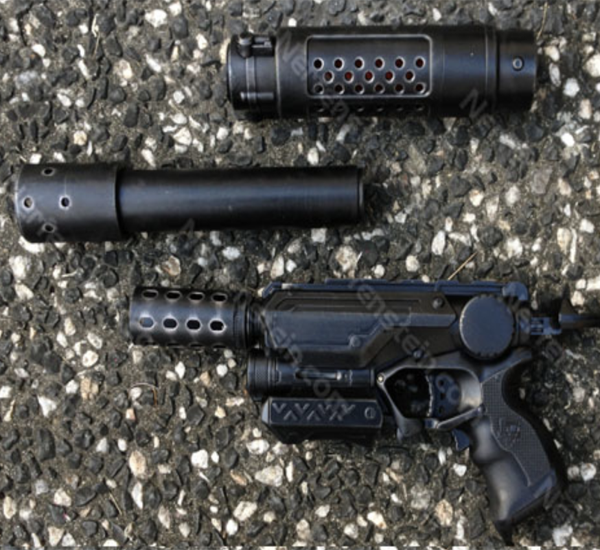 Hello Nerf fans, this one is for you, I bring you a simple DIY barrel extension mod for the Nerf Firestrike, though it can be tweaked for pretty much any Nerf blaster / toy gun you need to use it on. Kudos where it is due, this idea came via Henry in the comments here at my site, he said he’d used it on soda bottle ray gun builds (in the comments of my soda bottle ray gun build) and I thought there was no reason that couldn’t transfer to non-soda bottle mods… so thanks Henry for planting the seed and taking the time to comment at my site.

So the idea here is simple DIY interchangeable barrel extensions for the Nerf N-Strike Elite Firestrike, but barrel extensions that aren’t just aesthetic. This blaster still works with all these extensions, it doesn’t appear to impede performance in any way. 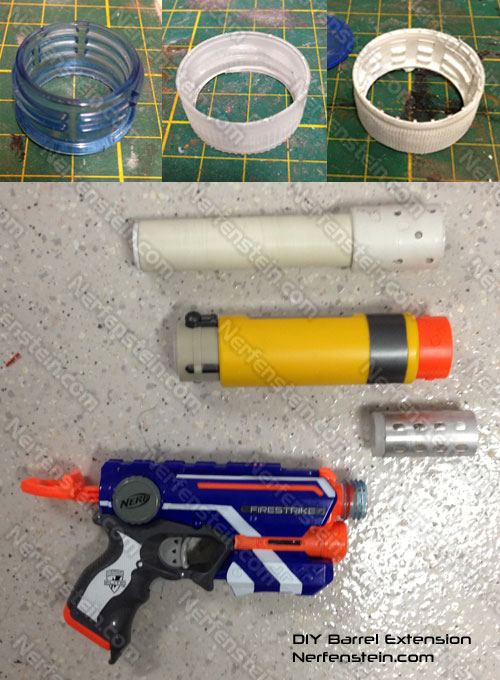 Nerf DIY Barrel Extension Tutorial:
NOTE: “Soda Bottle” is used as a general reference for any standard drink bottle (brand Coke, Pepsi etc). Here’s where you start… you need a soda bottle and lids that fit the screw cap (amount of lids dependent on how may extensions you’re making, one lid per extension). Cut the top of the lids off, leaving the screw section whole. Once you’ve neatened the bottle screw section glue it and slip it over the Nerf Firestrike exit, standard soda bottle should fit perfectly / snug over this. That’s it, how simple was that? 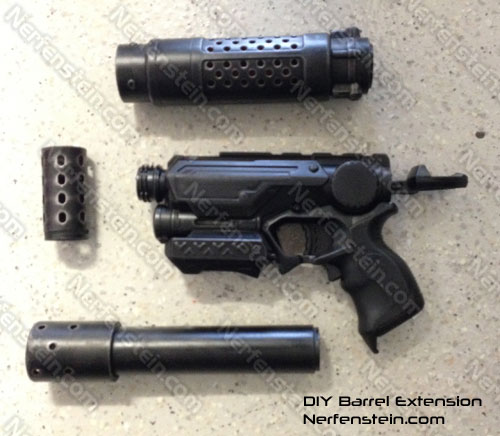 Now for the extensions, I made two of these myself, you can do that too, here I used some pvc pipe and a drilled coupler for the large suppressor / muzzle break, the short one I used a hair roller (yes yes I know I do love my hair roller muzzle breaks lol). If you’re going to use a standard Nerf barrel extension make sure you glue in the cap FIRST and screw it tight to the bottle screw section and then glue that over the Nerf Firestrike with the vent holes toward the top. When mine was screwed on tight, the vent holes were on the bottom, not as cool and you need to remove and re-glue… annoying.

If you are unclear on how the extensions were done just make sure the screw caps slot in the end size wise and glue them, now they just screw onto the end like say a silencer on a Walther PPK James Bond style. Bottle screw section over the end of the gun, lid inside the connecting side of the extension.. so it’s like screwing a lid onto a drink.. easy. Cue James Bond theme. 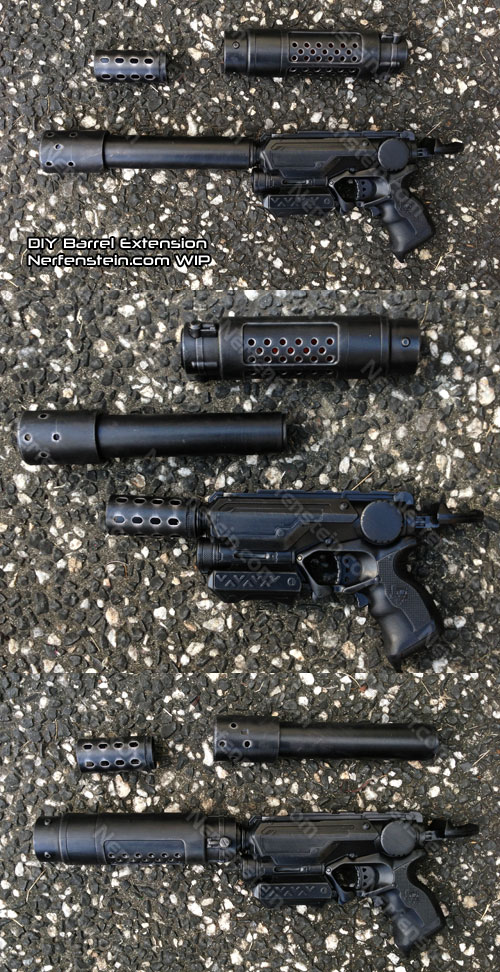 And here they are in hand (below). They’re really well fitted, easy to put on and take off and sturdy when attached. I did a test and darts didn’t appear to fire any worse with them on when compared to them not on, good news for performance pedants. 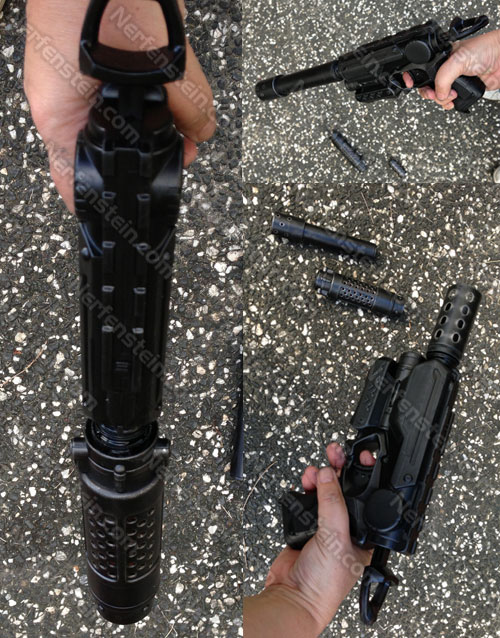 I hope you liked this tutorial and will find it of some use, I know I’ll be trying this method again on other mods, and remember screw top bottles come in different sizes! Imagine the options you now have… cheap and fairly simple.

If you use it, please give me a link.. or at the least a mention.. that would be the cool thing to do.