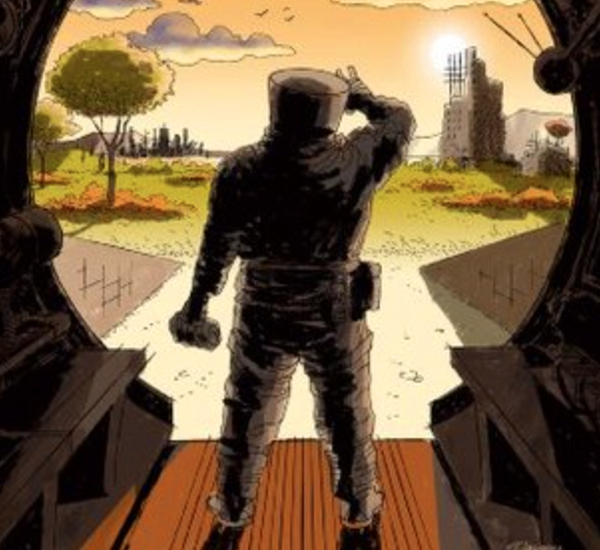 Wool by Hugh Howey – Who would you cast in the movie?

A Wool movie based on the book Wool by Hugh Howey

I thought I’d hit my blog section up with something non mod related *GASP*. I used to update my blog with all manner of geekdom, delve back far enough and you’ll see posts on TV series, movies, SciFi and general geekery. Since taking up prop making and Nerf modding these posts have been few and far between, until today. I’ve been reading a book by self published author Hugh Howey, the first book in the “Wool” series. I’ve got no affiliation with Howey, other than being a huge fan of what I’ve read thus far, I just wanted to share this with you on the off chance you haven’t had the pleasure of “Wool”.

As books go I’m finding “Wool” a fantastic read, emotionally fraught and gripping “Wool” has some of the best characterization I’ve ever been privy to in written form, it’s brought me to tears on more than one occasion.

Recently Ridley & Tony Scott’s production company bought the rights to “Wool” and a film version is eeking its way forward at Fox, with J Blakeson presently in talks to direct. Given this news I’ve been playing ‘let’s cast Wool the movie’ chatting to my friend Pat – who put me onto the book series – about who we’d like to see cast. The thing about “Wool” is, for a book series its characters are so fleshed out – even peripheral characters – that it’s easy to cast actors in your mind as you read. Here’s what Pat and I have discussed so far (for Wool book 1):

Well that’s our movie cast for “Wool”, what do you think? Who would you cast in “Wool” book 1 and why. Please NO SPOILERS in the comments as I haven’t finished book one yet and will be gutted. This is to discuss who you would cast in the movie adaptation of Hugh Howey’s book “Wool”.

Here’s the book trailer for “Wool”:

6 thoughts on “Wool by Hugh Howey – Who would you cast in the movie?”