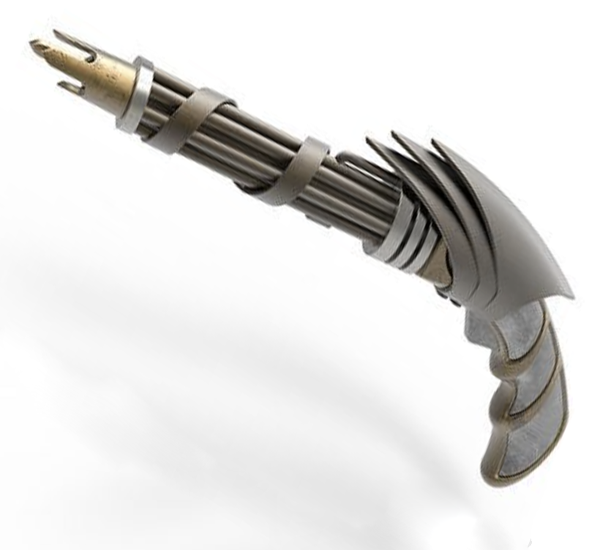 Romulan blaster pistol mod or is it a phaser?

Romulan blaster pistol or disruptor, or phaser… I had no idea this toy was even a Star Trek gun, which is odd given I’m a huge Star Trek geek. According to one of my lovely Facebook fans this is some sort of Romulan civilian disruptor pistol, because it’s used by Nero and he and his crew are miners.

When I was at SupaNova Gold Coast, I met a great bunch of people from Claytons Comics, a comic store near Brisbane. Terry – the owner – gave me a few pistols to mod and this was one of them. Claytons Comics is expanding into toy weapons by way of Claytons Toy Guns. I bought a few things from them which you’ll no doubt see cropping up from time to time.

Right, back to that Romulan disruptor pistol. David on Facebook asked for a rundown of the process involved in how this mod was done, so I’ll go through that just now in case it helps anyone else.

Needless to say I started out by fully sanding the entire thing. I was going to weight it because it’s clearly made of metal, but when I unscrewed it all it became apparent it was heavily glued together along all seams. I didn’t want to Dremel the heck out of it and ruin the electronics inside, so I left it. 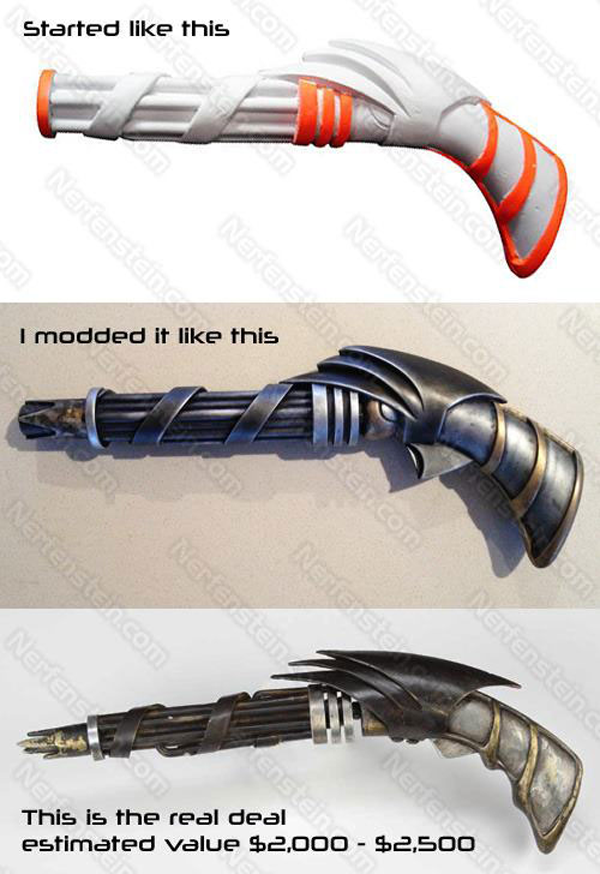 Once it was all cleaned after the sanding it was time for the black base coat, followed by a couple more light coats once it was all dry (obviously). Next up my favourite thing, dry brush dry brush and more dry brush. Despite part of this being gold, I just did the entire thing two different silver metal tones, a dark tone, followed by a few lighter ones. I then did some wet / dry brushing on the areas that were the deep silver, needless to say this was with silver paint. This wasn’t a full paint as it needed some depth, the image doesn’t show it up great, but you can kind of see it.

The gold areas are two different tones of gold, dirtied with some black dabbing. I also used this dabbing technique along where all the gold joins the silver on the grip, it turned out great, kind of looks like dark rust has eaten into / corroded the metal, or someone with really grimy hands has been using it for years. I used the same dabbing technique on the tip, though I did this with copper, brass and gold, before going over that in random areas with black. This looks great, like the metal is totally worn and sort of decayed or rusted with a dark metal corrosion.

That’s that pretty much, another blaster mod done.
Hope you liked it.

Post written for GirlyGamer.com.au and fired to Tumblr and other social networks via an Photon Torpedo.

4 thoughts on “Romulan blaster pistol mod or is it a phaser?”