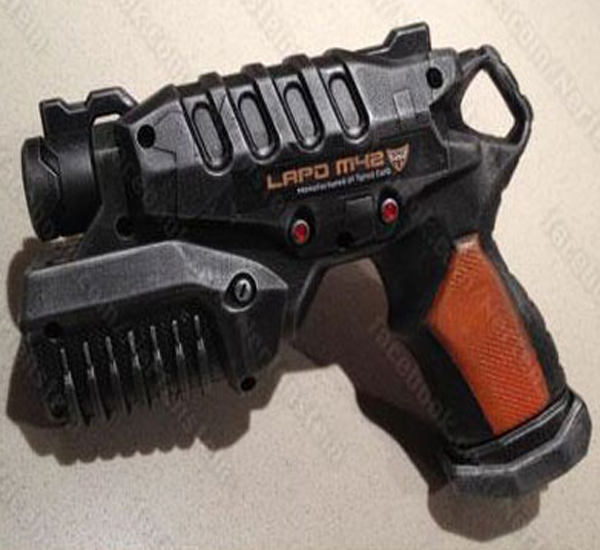 If you’ve been following my exploits for awhile, you may well know I am a fan of Ridley Scott’s movie “Blade Runner” and I’ve done a couple of little homage mods previously including a weird steampunk inspired revolver and a Nerf Vortex Proton. 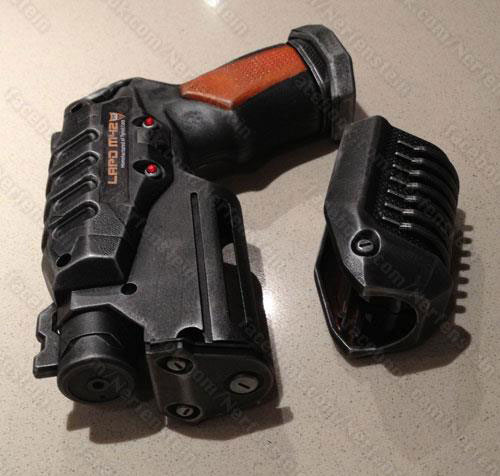 The Nerf Super Soaker Microburst makes a great little Blade Runner gun because it has that science-fiction blaster feel to it. I added in some fake LED look glass on the screw areas on each side, and a fake slide switch on one side to sort of mock the well known Blade Runner 2019 LAPD sidearm. Also some decal love of course and finished.