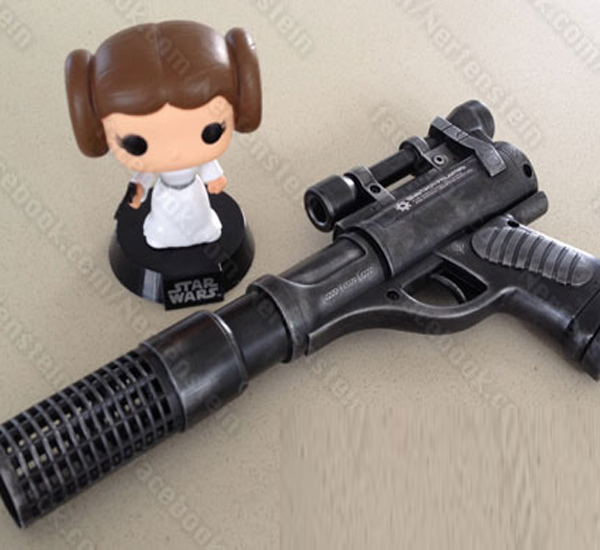 Those who follow me on Facebook will know I like using odd bits and pieces from time to time in blaster modifications. I had some hair-rollers I’d bought to use as muzzle brake / suppressors and this little blaster needed some size adjustment, so it was on with some plumbing coupler and the hair-roller on the end. This fit so perfectly over the nose of this blaster it’s almost seamless. It also gives the blaster a sort of chunky Han Sol / Princess Leia weapon look, which I love. 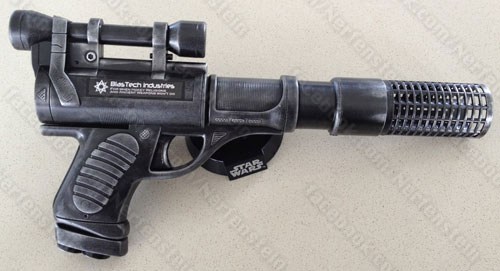 You know I love my decals, so I made one with the Blasters logo and “For when hokey religions and ancient weapons won’t do’ and put it on both sides of the blaster, just for a little bling / fun. 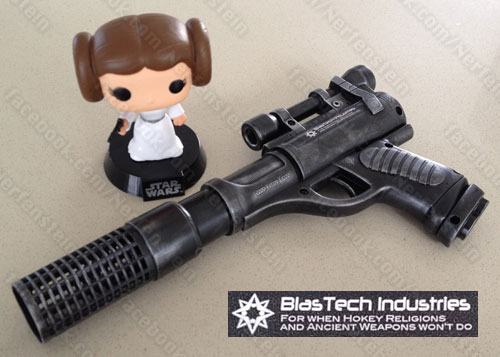 All in all I love this mod and I threw Princess Leia in for good measure, after all only Chewbacca has bigger hair and given this mod uses a hair roller… well…