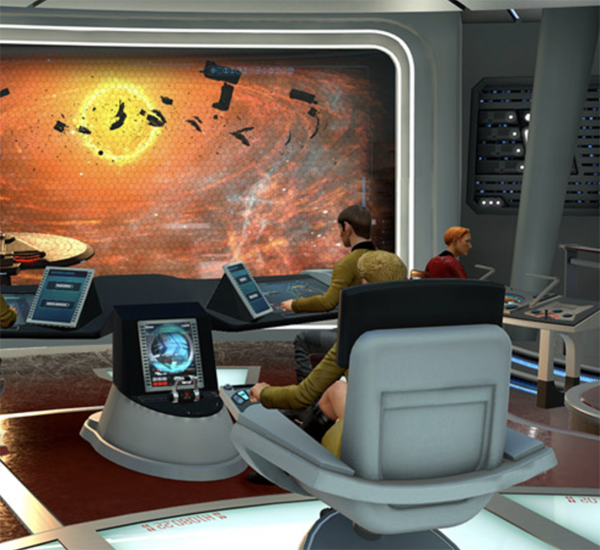 Hi friends of the multiverse! So this last week I finally installed and played a game on my Playstation 4 called “Star Trek: Bridge Crew”. A quick TL;DR Star Trek: Bridge Crew is a playable (VR and non-VR) game that immerses you in the Star Trek universe. In co-op, form a crew of four players can serve in the roles of Captain, Helm, Tactical or Engineer. As the player, you get to make strategic decisions and coordinate actions with your crew.

I played it solo, because I still haven’t quite got to where I want to venture back into the online gameplay scene (sexist sh-t on Xbox Live stopped me playing for years). Even solo Star Trek: Bridge Crew was epic and, I’m not gonna lie, as a HUGE Star Trek fangirl, it just, well it made dreams come true. Playing solo allows you to Captain the ship and also take over the other roles or issue them orders. It’s even got voice commands, but I haven’t tried them yet.

Anyway, enough chit chat, here’s a video of me loading the game for the first time. I hope you enjoy geeking out with me, though to be honest, unless you’re seeing it IN VR, this flat video doesn’t do it justice. Highly recommend it to anyone who loves Star Trek.

Be good to one another!
Engage!