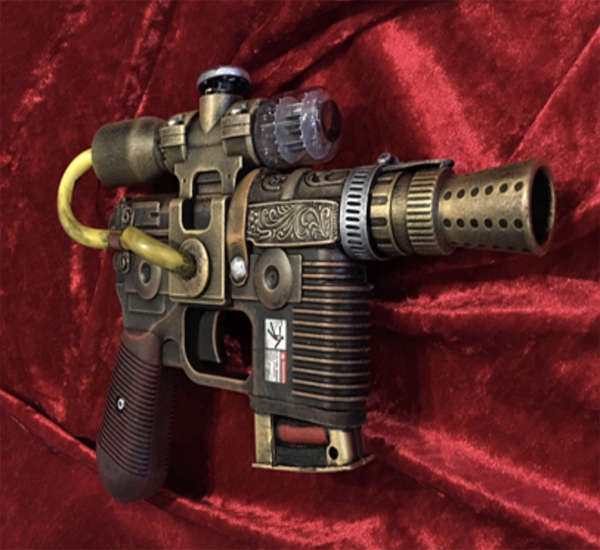 So I was on FB Live last week over on my Facebook Page. I got chatting to the awesome folks who made the stream and steampunk came up, as I was working on the Rubies Han Solo blaster repaint. The other blaster was sitting there – Nerf Super Soaker Han Solo – and I said I’d do it as steampunk….. and here it is!

The video is a full runthrough with all the boring bits (I hope!) sped up. Hopefully it will help you if you want to do a steampunk Nerf blaster mod or prop. It doesn’t need to be Star Wars steampunk either, the techniques will work the same regardless.

Special thanks to Andrew & John from the FB Live stream who seemed pretty excited by this idea, thus me going with it.