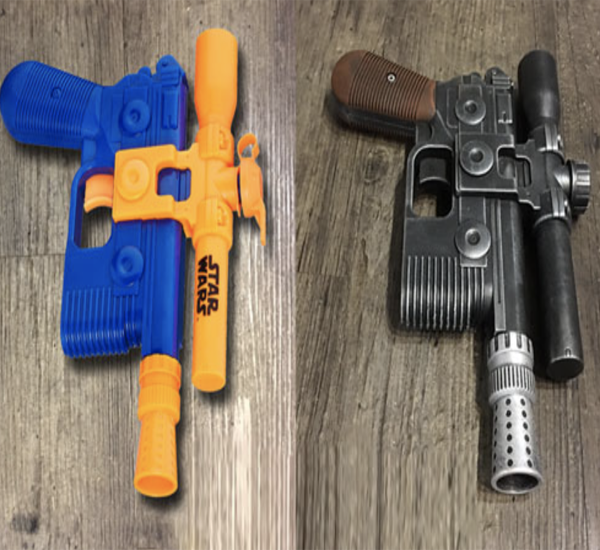 Back with another repaint tutorial for you good people. Today we’re going to repaint the Nerf Super Soaker Han Solo Blaster and by ‘we’ I mean you and I! Yes I am hoping this tutorial is so easy to follow you will be able to do your own in no time.

As you can see the Han Solo Nerf Super Soaker blaster is a really nice blaster and a cheap / easy way of you getting a fairly passable Han Solo blaster for cosplay or display.

This step by step repaint tutorial should be all you need to get your Han Solo Super Soaker repainted and in your holster in no time!

———==oOo==———
Originally written for GirlyGamer.com.au home blog of Nerfenstein / GirlyGamer / BoardGameGran. Catch up with me on my Facebook page, or if you Tweet… there’s always Twitter and guess what, she actually replies!