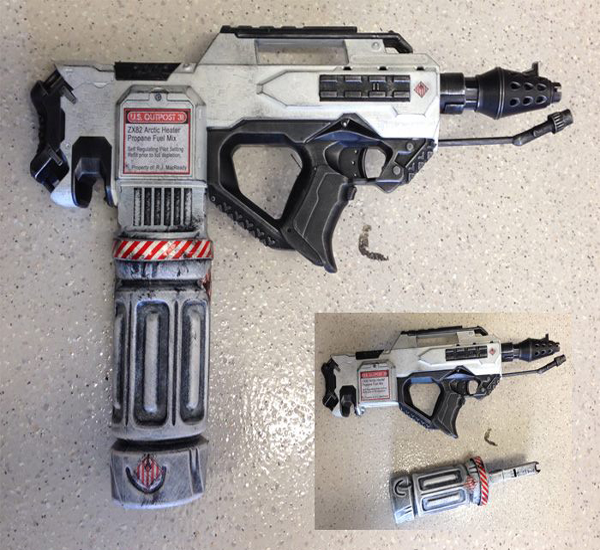 Nerf flamethrower mod based on The Thing

“The Thing” by John Carpenter, is – in my opinion – one of the greatest paranoid thrillers ever set to screen. The movie – like you don’t already know – follows a group of scientists living / working in a research base in the Antarctic. Things go awry when an alien ‘creature’ that can assume the appearance of other living organisms enters the base and paranoia consumes everyone. A truly epic mind-frack of a movie, if you haven’t seen it, I implore you to rectify it immediately. 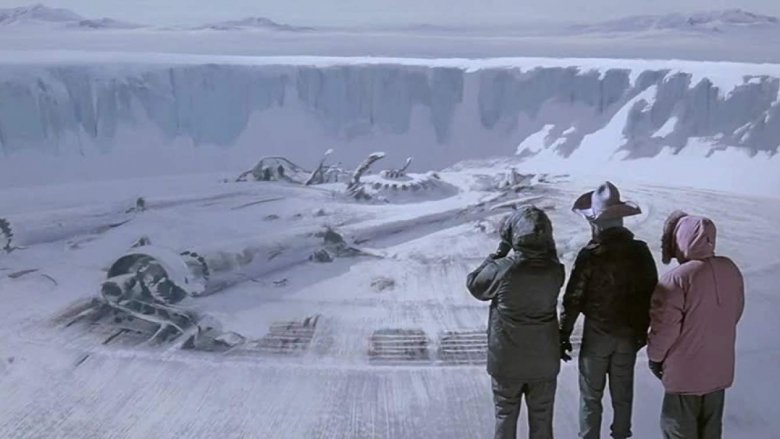 That is where the premise for this Nerf Rayven aesthetic modification came from. Turning the humble Nerf Rayven into a futuristic looking flamethrower was all about the gas tank, the pilot igniter and the exit nozzle (in “The Thing” they use old school versions).

Luckily for me I had a toy flame-thrower, but it was so small I never bothered modding it, the nozzle though was a great size and slotted into the Rayven no problem (meaning it could be removed so the gun still fired). The pilot igniter I made from scratch from a weed spray bottle.

The ‘gas’ bottle was a task, I went through numerous cylindrical parts before I found one that slotted over the standard Nerf mag. The bottle was a little large for my overall liking, however it had to fit the magazine and retain its shape. The Lipton’s Iced Tea bottle you see in the image to the left is what I ended up using, along with some other spare parts to block it in. The detail on this bottle is fantastic and looks kind of futuristic, way better than a plain flat bottle (ironically there is a Giger feel to it, which of course made it even cooler lol).

Once all the parts were in place they were painted and put together. I also messed with extending out the Nerf Rayven’s barrel, but it actually looked better short and worked better logistically with the pilot igniter also. For the decals I assumed the flamethrower was the property of R.J. MacReady (Kurt Russell’s character in the movie) and was part of the equipment allotment of U.S. Outpost 31 aka United States National Science Institute Station 4. The ZX82 was just a model number made up of the year the film released. I also utilized reflective high-vis warning tape and flame danger warnings to push forth what this was.

Before I totally weathered the gun to death, it was a lovely flat white color and it looked so nice, but I figured being thrown in a weapons / tools locker and used in Arctic conditions would mean this thing would be grubby and not all clean and bright. Here’s a picture of it pre-weathered, for prosperity.

And that my friends is that, another Nerf Rayven mod complete! I will be selling the decal sets to this mod, for those who want to do their own version of it, all sized for the Rayven, but usable on anything else they would fit on, so contact me if you need a set.

As always you can commission the entire build also.