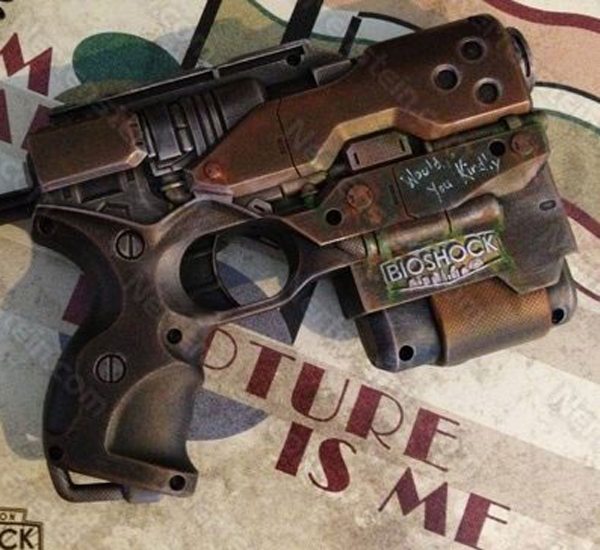 Most of the mods I do I look at them afterwards and I’m pretty happy with the result. Every now and again though I do one and I think, I can’t part with that, it either took me way longer to do than anticipated, or it looks so cool I want to own it, this BioShock pistol is one of those mods.

The base gun is the Nerf Element EX-6, one of my favorite guns in the Nerf line-up. Though the Nerf Element EX-6 looks a little modern to fit into the underwater world of Rapture in video game BioShock, I love the aesthetic so much I chose this over say a toy revolver that might better fit the setting.

For those who aren’t familiar with the video game BioShock, the city of “Rapture” is an underwater utopia envisioned and brought to life by Andrew Ryan, a business tycoon who in the 1940’s decided to build a great underwater city – Rapture – where all the worlds great thinkers, artists and scientists could live free of the oppression of world governments. Things essentially go pear-shaped in Rapture turning it from the utopia Ryan envisioned to a dystopia, a rusting, leaking, monument to art deco and wonder, filled with psychotic denizens. 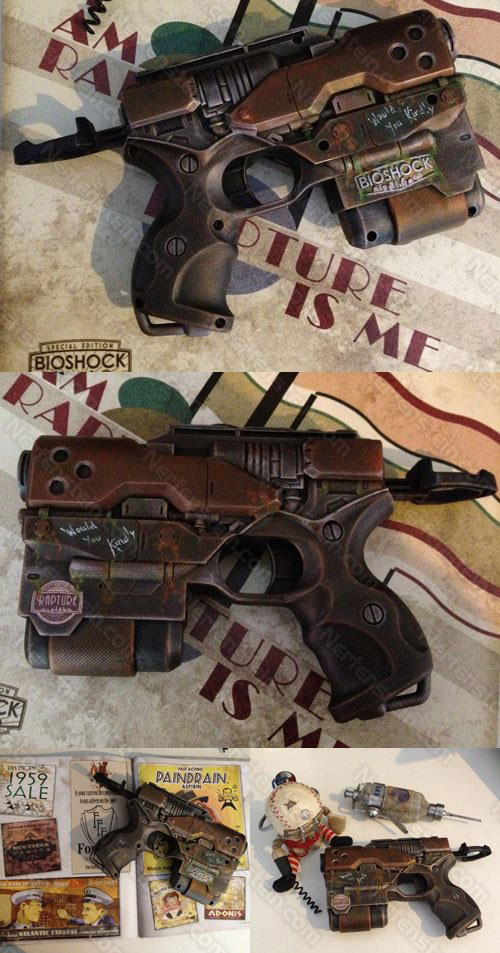 This Nerf mod is a homage to that world. The brassy nature of the overall design, with its slimy, rusted leaking rivets and seams just screams Rapture to me. I added corrosion and drip marks to most of the little bolts on the plating. Some decals in the form of BioShock and Rapture with slime residue and rust dripping over them kind of add to the wonder, whilst at the same time leaving no doubt in the viewers mind what this mod is all about. Finally the “Would You Kindly”, words that are so synonymous with players of the first game feature on both sides of the gun.

This Nerf mod took a long ass time (most do, but this one took longer), but I think it was worth it. Just a shame these images don’t show all the little details.

Written for GirlyGamer.com.au
Keep up to date with my modding antics at the Nerfenstein – Facebook page.