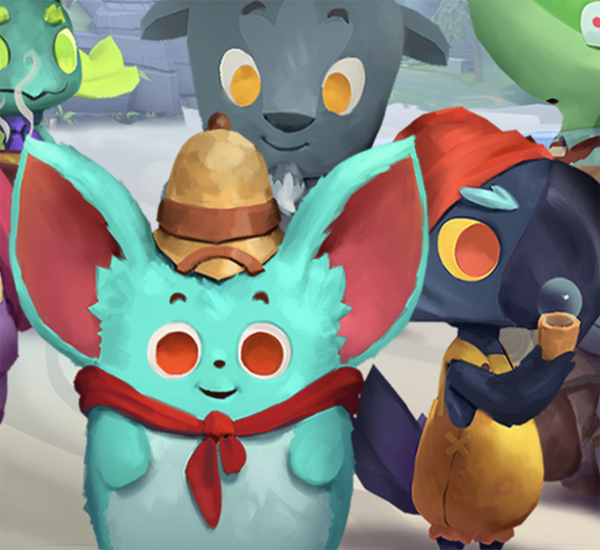 I’ve been LOVING Raccoon Lagoon on my Oculus Quest and I’ve learned quite a few things to make the experience easier for those of you who might just be picking it up. If you’re familiar with Animal Crossing you’ll know this type of game, help the animals on the island by doing tasks for them. Collect what they need to make them happy. Collect building materials for their shops. Plant crops and reap the food to feed the cattle on the farm, or make tasty treats for your citizens. It’s a time suck, but it’s a lot of fun.

I’ll be adding to this as I uncover new hints and tips, hope it’s of help. You can hit the comments if you have a question. Here’s a first impressions for those still unsure what it’s all about:

If you need to see a first play, here that is: (hints below)

DON’T BE A DICK TO YOUR CREATURES THEY POOP
They will poop and that poop is forever. You can’t get rid of it. It’s punishment for you being a dick to innocent little animals. Tip, you can put poop in chests later on if you’re naughty.

COLLECT EVERYTHING
It might seem obvious, but pick everything up. At some point you’re probably going to need it and as the game progesses you’ll be able to buy chests to put a lot of stuff in, thus leaving room in your inventory.

PICK UP MULTIPLE ITEMS
Use the bottom trigger to pick up multiples and give multiples. Don’t waste time picking things up or giving them one at a time (though you can with the top trigger).

DROP ONE ITEM AT A TIME
As you can pick up all things with that bottom trigger, you can use the top trigger (whilst holding the bottom one) to drop one at a time.

RESET IF YOU GET STUCK
If you get stuck, can’t move, press in the B and Y buttons and it will safely respawn you in the starting area.

FEED THE HEART FOUNTAIN
The circular fountain in the main area – leading to the mine and other areas – gives you hearts when you give it what it wants and it happens every day. The hearts will help you unlock new areas and items.

WHERE ARE THE SLICED MUSHROOMS
Trees don’t always look like trees, the mushroom ‘lights’ in one of the tunnel type areas (off the farm) are trees in the sense that you can chop them down. That’s where the sliced mushrooms are.

HIDDEN ROOM WITH TREASURE
Don’t read this if you like to find everything yourself. If not stay with me. There’s a secret treasure room with some pretty amazing furniture behind / through the biggest waterfall in the waterfall area off the farm. Well worth a look.

USE THE STORAGE CHESTS
You’ll be able to buy storage chests in the various stores, use them when your inventory gets full. They hold loads, but what’s in it isn’t recognized when fulfilling tasks (at time of this hints and tips), so remember you have them. Oh and don’t leave them out when you’re fulfilling the town hall collection as it will disappear (the dev is aware of the issue). Always put them back in your inventory.

WHAT ARE ALL THE TOOLS?
Don’t read this is you’d rather the tools you unlock are a surprise. If you want to know what all the tools are you can unlock read on. They are an axe, pickaxe, fishing rod, watering can, brush and boomerang.

HOW TO USE THE BALL OF BAIT!
That big blue bait ball in the fishing hut can bring loads of fish to the surface, but you can’t use it anywhere. It needs to be unlocked and when it is a bubble will appear in the water / lava and you throw the bait in.

LAVA LEVEL / LAVA FISH
One you open the lava level (not the mine, the volcano) you’ll see lava ponds everywhere. Don’t read on unless you want to know the trick to the level. Still there? You’ll see a tiny waterfall trickling into one of the ponds, that’s the hint for what to do. Use your watering can on any lava ponds to momentarily turn them to stone. You get into the cave structure like this. That’s where the stone lava fish is and an egg piece.