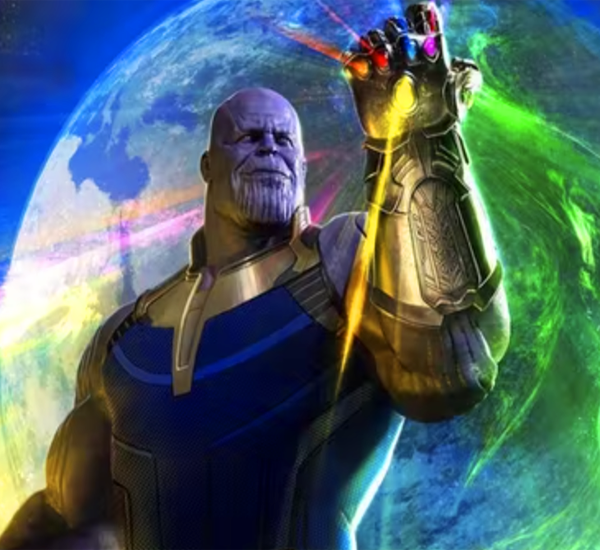 Avengers Assemble! It’s time to work with your mates to stop Thnos taking over the universe and turning your friends to dust. Thanos Rising is a cooperative / dice rolling / card drafting game in which you recruit heroes and vanquish the villains of Thanos and put paid to his evil plot.

Now at first glance, Thanos Rising may look like just another IP cash cow, particularly given its publisher is USAopoly (not really known in the board game hobby as having a great quality product). However let’s take a look beneath the lid.

Players get a team base card (Avengers HQ, Wakanda etc.) and a team leader, Thanos (a cool plastic Thanos model) is placed in the centre of the main play area, with three sectors surrounding him and it is here that all heroes and villains you’ll interact with are placed also (see image below).

Players use dice rolls from their starting dice pool to try and match symbols on either friend or foe, to either recruit or vanquish. Recruit team members to get more dice or other strengths, vanquish to eventually defeat Thanos and his plans.

On a turn, the active player chooses what sector they’re going to head to, placing their hero tile in that sector. The Thanos Die and Infinity die are rolled, these will tell you which infinity stone Thanos is closer to finding and what Thanos is doing that turn (what sector he’s facing / what villains are activated).

The active player then gets to roll their dice pool to try and match whatever objective they’re trying for. Dice are rolled and a minimum of one is placed, whatever is left is re-rolled and the same placement rule continues. It’s all very simple and easy to grasp, making Thanos Rising a great game for budding gamers new to the hobby.

To win players need to defeat a certain number of villains before Thanos has the opportunity to fulfil his win conditions. Those are kill 10 heroes, kill all of one players team or finish the infinity gauntlet with all stones.

Thanos Rising is a great entry level game for super hero fans. Sure USAopoly released it because of the Avengers tie-in, but this isn’t just another rubbish IP grab. There’s some fun decisions to be made, where do you use your dice, do you try and save a hero, or finish off a villain, do you let a hero die, knowing you might need that healing token later on for someone more powerful.

It’s also fun to build out your team. Gaining new powers along the way and seeing some familiar faces. Everything also looks great and is of a high quality.

So what’s the downside, because it all sounds pretty good right? It already needs expansions. Having played Thanos Rising a multitude of times now, it all starts to feel, a little too familiar. The same characters and villains show up, albeit in different order because the draw is randomised. The other downside is dice and luck, if you hate that, well, this entire game revolves around dice rolling and matching the outcomes.

Overall I really enjoy Thanos Rising, despite feeling it could do with more characters (after a multitude of plays), I’ll still happily play it whenever asked, because it’s fun. So if you’re after some light family super hero fun, don’t overlook Thanos Rising, it’s a really nice game from USAopoly (Yeah, I really said that).

RIP Stan Lee … thank you for sharing your amazing imagination 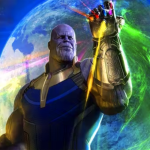