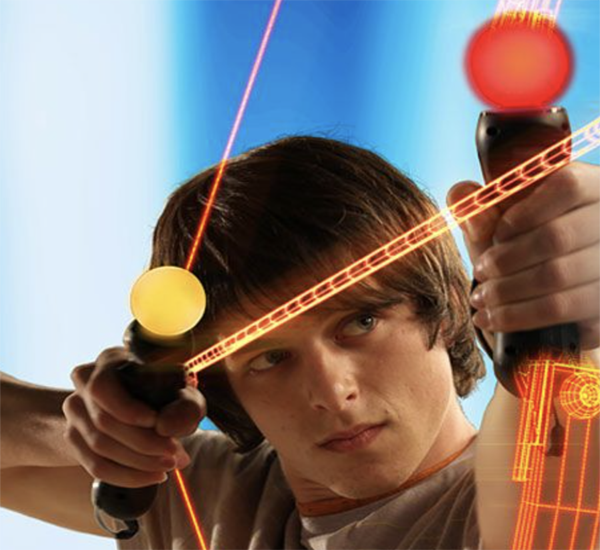 So after hearing from a couple of friends how fantastic Sony Playstation Move for PS3 was, we went out and purchased it this weekend. Gotta say as much as I love my friends and value their opinions, I’m still feeling a bit meh. The demo disk features a bland offering, of which we tried three and they all needed to be installed before we could try them (over 15 minutes a piece for those that wondered). Upon installation it turned out these offerings were squarely aimed at the 6 year old market, who are new to gaming, bless them, they don’t know better. The Wii manages to better these games, with a crappier than 1:1 controller… go figure.

Then it was time for Sports Champions, which featured a couple of fairly fun offerings (most notably Archery and Gladiator Duel), but other than that, it all felt very blurgh. I get the feeling Sony felt they needed to get their stuff out before Xbox 360’s Kinect released, so they released Playstation Move with a crap selection of launch titles, rather than waiting to have a fairly good launch selection made up of better quality offerings.

I wouldn’t suggest buying it, I’d say wait and see what other games come out, then maybe go for it. Paying $250 to play Archery makes me kind of wish we’d bought a nice compound bow and some sweet graphite arrows, I guess with Move you don’t have to run a mile to get your arrows back though, so there’s always a bright side.